View the latest property recruitment moves across the property industry for July 2019, as seen on PrimeResi.com. Find links to the full stories at the end of each section. Enjoy! 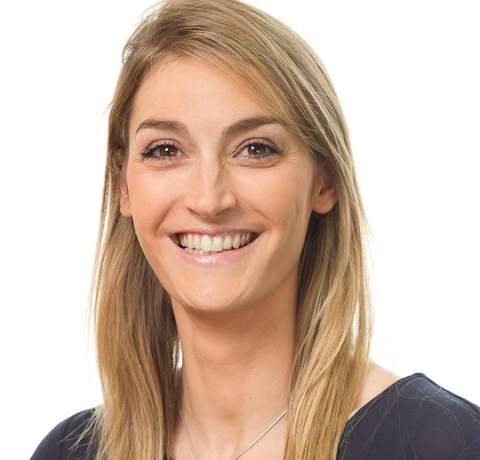 Cushman & Wakefield has made a couple of big leadership appointments, naming Candice Matthews as UK Chief Operating Officer and Richard Pickering as UK Chief Strategy Officer. Matthews joined DTZ – which merged with Cushmans in 2015 – as a grad in 2006, and took on the Head of Residential role in 2014; she became the firm’s youngest International Partner in 2016. 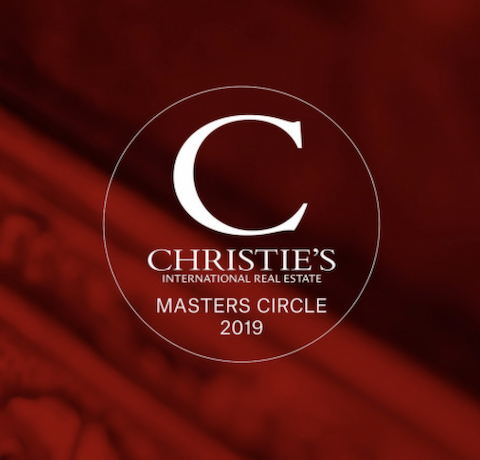 Top-end US-based property brokerage Christie’s International Real Estate has set up a new network for its top-performing agents, called the “Masters Circle”. About 1,800 brokers have already made the grade, including four in the UK from CIRE-affiliate Strutt & Parker: James Mackenzie, James Forbes, Mark McAndrew and Miles Meacock. 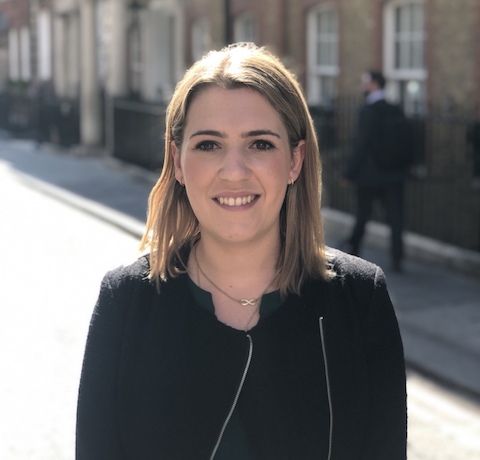 PCL buying agency Aykroyd & Co has launched a new property management arm in response to client demand. The Mayfair-based advisory has hired Savills’ Natasha Willis to run the new division, which promises to “bring back a personal approach” to property management, and complement the firm’s “concierge-style” acquisition service. Both rental property management and vacant management services will be offered. Willis has spent the last five years with Savills, managing the agency’s Belgravia and Chelsea portfolio, following a stint at a boutique property management company covering central London. 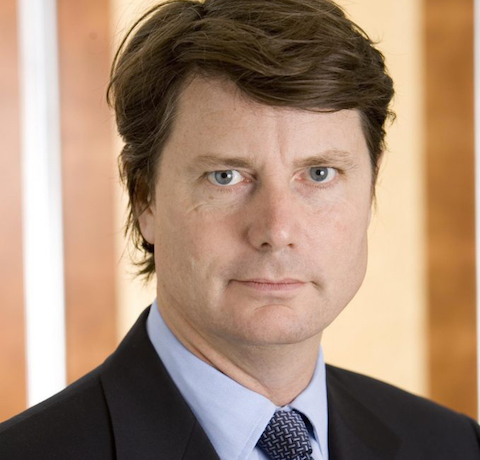 Longstanding London and country buying agency Haringtons has brought on top financier and former client Mark Cecil as an advisor. The veteran investment banker has joined the six-strong team with a focus on both boosting the client roster and acquiring “similarly minded businesses”. A former principal at GLG Partners, one of the biggest hedge funds in Europe, he brings 33 years’ experience in the finance world, and has spent the last 12 years as a founding partner of a hedge fund group. 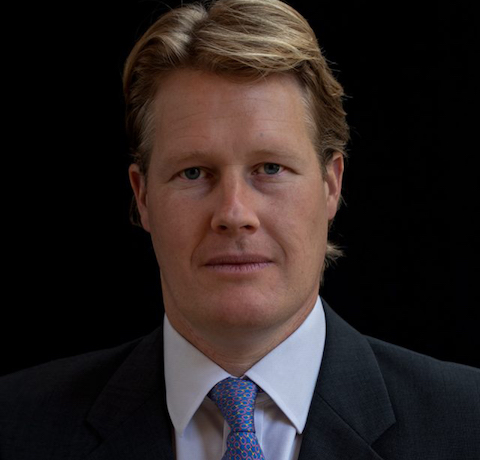 Luxury property management firm Bold & Reeves has hired a new property manager to look after the very plushest pads on its books. George Peech will be taking on the management of properties belonging to the firm’s UHNW client base, which range in size from 20,000 square feet and up. 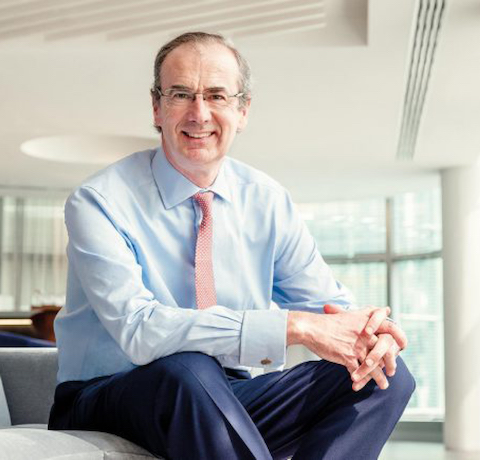 Rob Noel, Chief Executive of property developer Landsec, has announced that he will retire from the business at some point in 2020. A search for a new Chief Exec will get underway soon, with Noel remaining in place until a successor is appointed. He’s also confirmed that he will be joining the Board of housebuilder Taylor Wimpey Plc as an Independent Non Executive Director, from October this year. 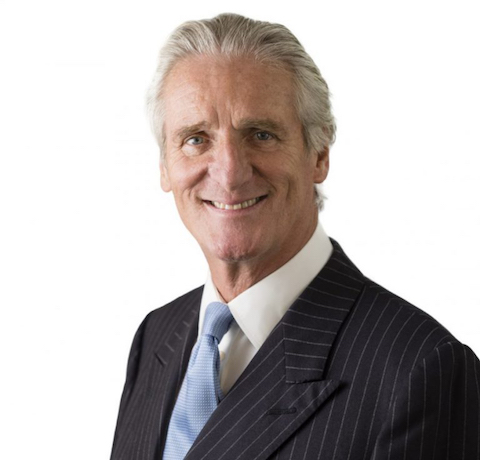 Mike Slade OBE has stepped down from his role as Chairman of property developer Helical, 35 years after joining the company as an Executive Director. 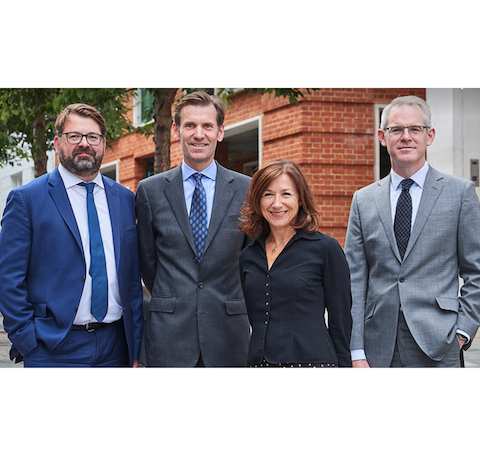 Grosvenor Group has reshuffled its senior team, as Mark Preston prepares to step down from the CEO role after 12 years. Current Grosvenor Britain & Ireland CEO, Craig McWilliam, will be taking the reins as Group Chief Executive as of December 2020, while Preston concentrates on his roles as Executive Trustee of the Grosvenor Estate and Head of the Family Office. James Raynor, the current CEO of Grosvenor Europe, will step into McWilliam’s shoes as Grosvenor Britain & Ireland CEO in September next year, starting the transition by taking on the vacant position of Executive Director of the London Estate. Sara Lucas, Grosvenor Europe’s Executive Director with responsibility for portfolio management, has been promoted as Raynor’s successor. Executive Director Peter Vernon, who oversees activities in Britain & Ireland, the Americas and Asia Pacific, is due to retire from the business – as planned – in September 2020. 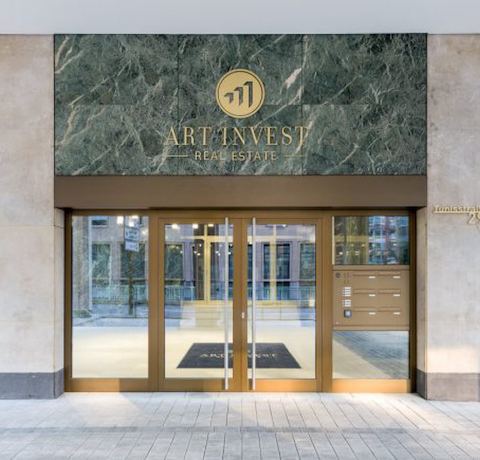 One of Germany’s biggest hotel and office developers, Art-Invest Real Estate, has opened an outpost in London and taken on a significant mixed-use development in Fitzrovia. The new office is headed by UK Managing Partner, Ali Abbas. He was previously Senior Managing Director at engineering firm AECOM, and before that spent five years as a Fund Manager at Lend Lease. 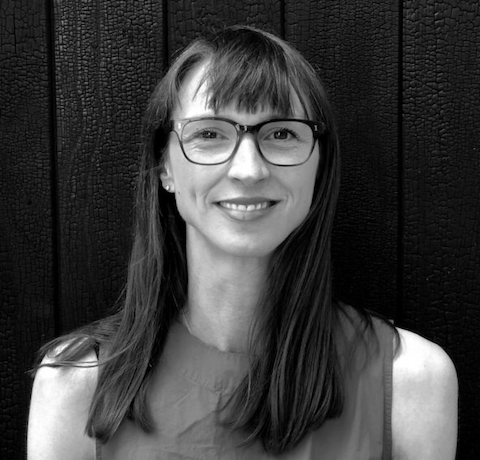 Top architecture firm PDP London has recruited the former co-director of Universal Design Studio, Hannah Carter Owers, to join the practice as an interior designer. PDP recently set up a small interiors division from within its architect ranks – but has ambitions to create “a well-known interiors arm”, allowing the award-winnning practice to offer a full suite of design services for clients. Carter Owers is the first specialist interior designer to join the firm. 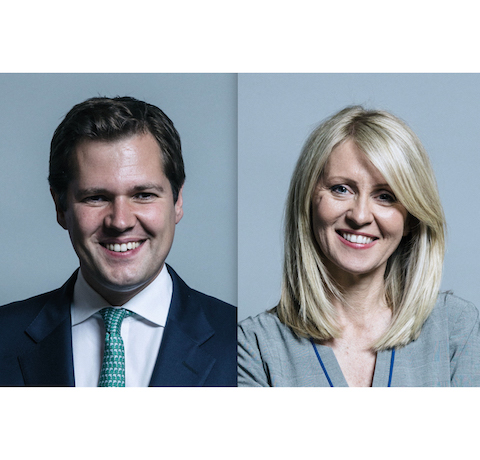 New Secretary of State for Housing and Housing Minister

37-year-old Robert Jenrick has taken on the role of Secretary of State for Housing, Communities & Local Government, following the departure of James Brokenshire – one of the 17 cabinet members to either resign or be sacked amid Prime Minister Johnson’s “brutal” reshuffle. former Work and Pensions secretary Esther McVey has stepped up as the new housing minister. 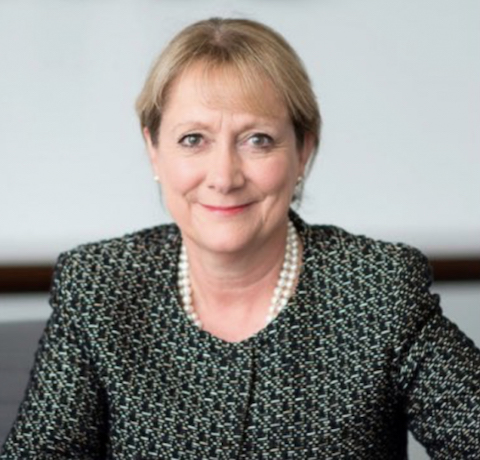 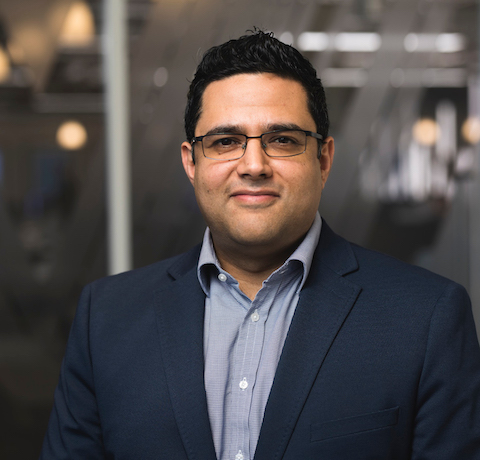 Reed MIDEM, organiser of international real estate events MIPIM and MAPIC, has appointed Rohan Marwaha as Regional Director for the UK. Marwaha has delivered a fair few big events around the world in his career, including creating and running a significant exhibitions business for FTSE 100 company Informa Plc. His new role sees him heading up the London office for all Reed MIDEM property sector shows. 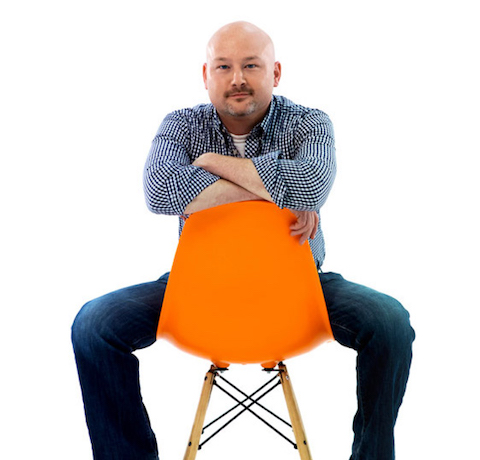 New London Architecture (NLA) is bringing its various brands – including the London Festival of Architecture, The City Centre, the London Real Estate Forum, and London at MIPIM – together under one identity, and transitioning to become a membership organisation. The idea is “to enhance [NLA’s] status as the world’s leading centre for excellence for the built environment.” 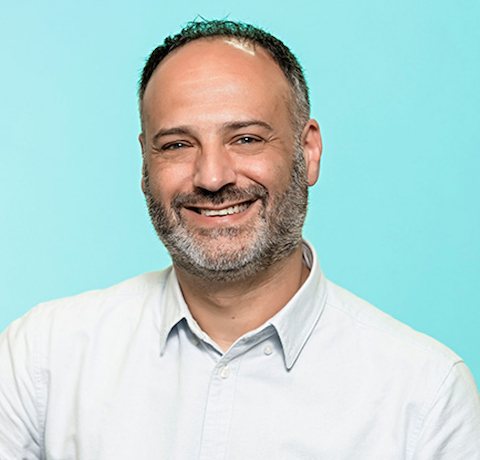 Well-known mortgage market commentator Andrew Montlake has stepped up as MD of London brokerage Coreco. Montlake takes over from Matt Lowndes, who has spent the last ten years with the firm, overseeing its growth from a start-up to a significant player, now with 50 staff broking nearly £1bn of mortgages per annum. 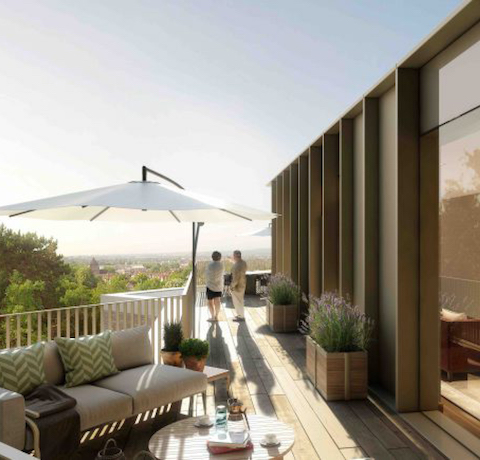 Knight Frank has become the first major estate agency to venture into the equity release market. The real estate group has launched a “later life” finance team, offering a suite of products designed specifically for older homeowners, including equity release and retirement interest only (RIO) mortgages. 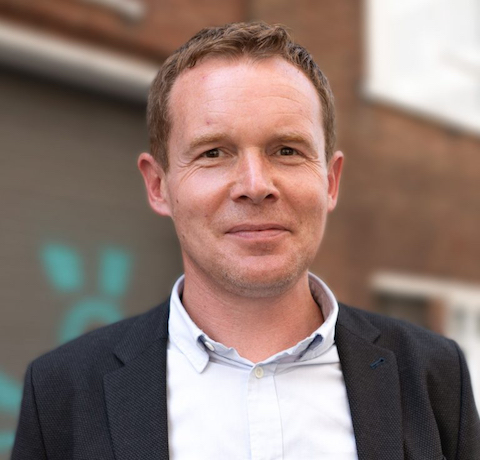 Multi-faceted planning consultancy Iceni Projects has opened a new outpost, recruiting Callum Fraser to establish the firm in Edinburgh. Fraser was previously a Director at Edinburgh-based Holder Planning, and before that spent eight years with DTZ (now Cushman & Wakefield). 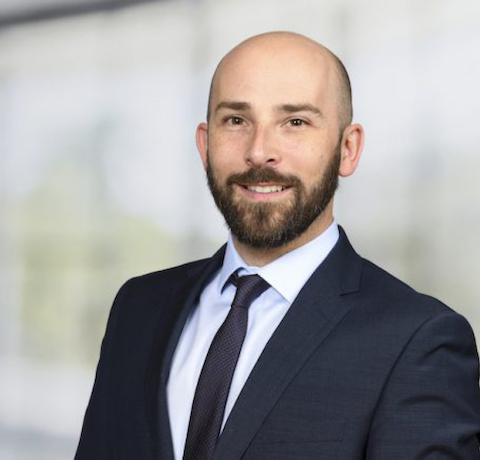 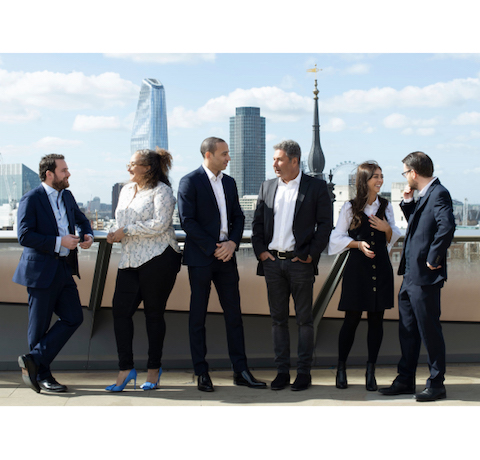 Hamptons International and Lambert Smith Hampton have partnered up to launch a new dedicated airspace development consultancy and platform. Airspace Exchange promises an end-to-end service for developers and property owners looking to capitalise on planning reforms that make it easier to extend a building upwards. The consultancy is being run by Jonny Enticknap (Head of Central London Residential Development at Hamptons International) and Thaddaeus Jackson-Browne (Associate Director at Lambert Smith Hampton), with LSH’s CEO Ezra Nahome overseeing the operation. Lambert Smith’s Nadine Donaldson is on business development, and Matthew Colbourne is handling research matters. 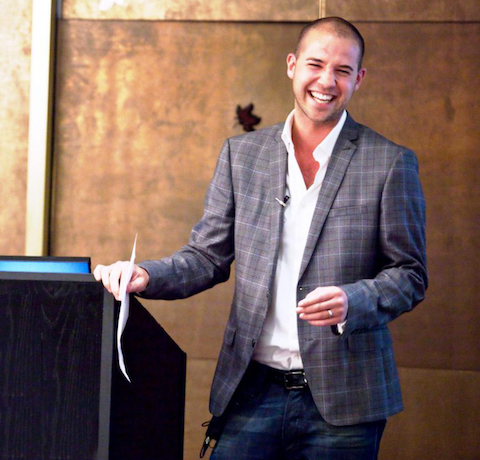