PrimeResi brings LonRes readers a July round-up of key recruitment moves across the UK's residential sector. Scroll to the end of each section to access links to the full stories. 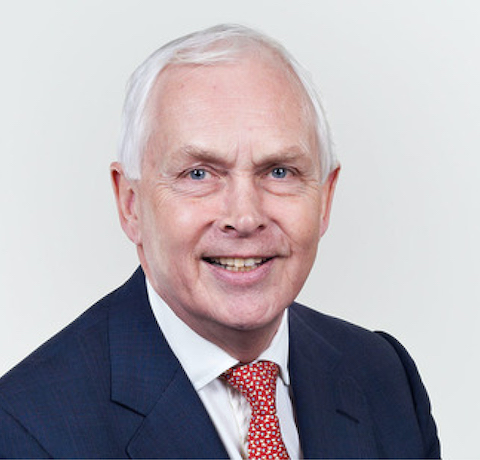 Foxtons chairman Ian Barlow has announced he will be stepping down. Barlow, who has served on the board for eight years, told investors that now is the “right time” to hand over the reins. He will retire from the board “once a successor has been appointed and in any case no later than 31 December 2021”. 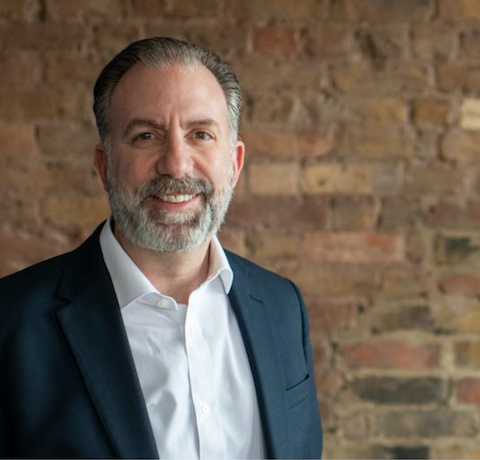 Jeremy Rosenblatt, a former Director at Dexters and Hanover Residential, has set up his own boutique estate agency business in North West London. Vantage Residential focuses on property sales from a base in NW2, and promises “access to both on market and off-market opportunities”. 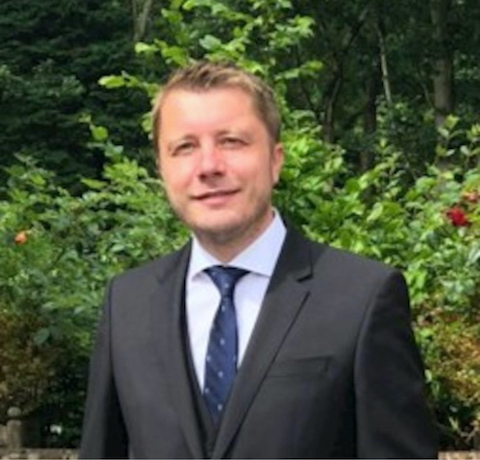 Following its acquisition of Countrywide, Connells has revamped its senior lettings team. Former Foxtons director Chris Beckwith has been brought in (after a very brief stint at Purplebricks) as Lettings Managing Director, while Mark Chatterton and Andrew Culverwell have been promoted to Group Lettings Operations Director and Group Lettings Technical Director respectively. 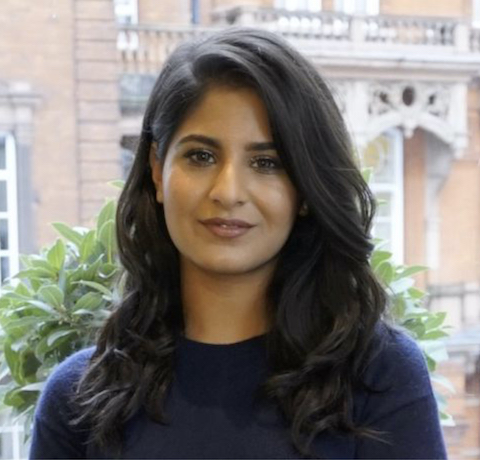 The London arm of UK Sotheby’s International Realty has promoted Shereen Malik-Akhtar to central London sales head, based in Belgravia. Lee Koffman has also been promoted, to lead the business in north and north west London. 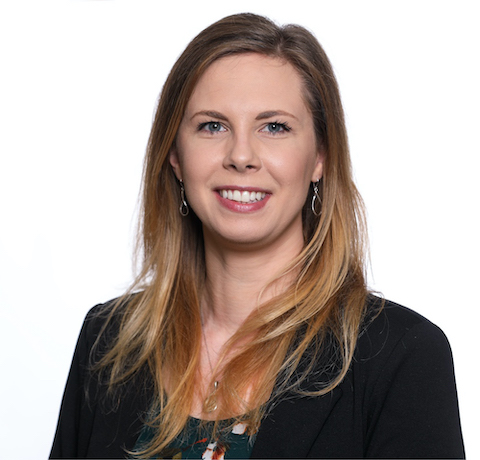 Carter Jonas has recruited a new chief for its Holland Park office. Polly Wattridge joins as Head of Residential from Featherstone Leigh. 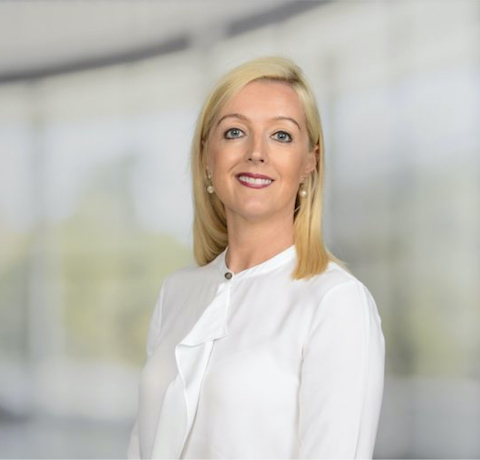 Savills has appointed a number of new department heads across south west London, and a new office head in the east of the capital. James Marshall, who previously headed up offices for KFH and Knight Frank in Islington and Clerkenwell, has taken the reins of Savills Victoria Park, part of the agency’s eight-strong network of branches covering east London. Edward Firbank has joined the firm’s Battersea Park base to run the sales department handling flats and small houses, having been in charge of a cluster of SW London offices for Douglas & Gordon. In Wandsworth, Sophie Barton has been recruited following stints at D&G and Winkworth; she will be focusing on the FTB market through to second-stepper homes. And Harriet Young has made a return to the agency, joining the Richmond operation to specialise in sales at the early stages of the property ladder. 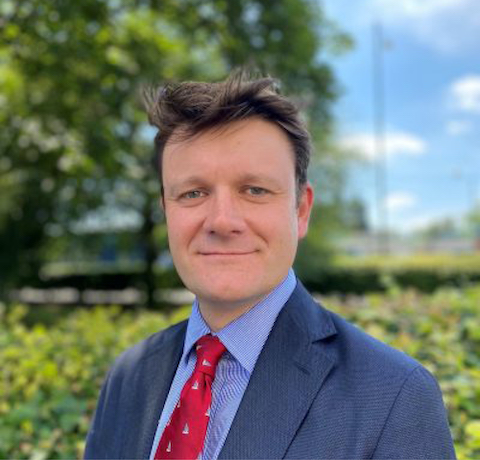 Two of Strutt & Parker’s most experienced rural agents are on the move to Knight Frank. James Farrell, who has led Strutts’ rural business for the last ten years, and Tom Richardson, formerly deputy senior partner, will be helping KF to significantly boost its consultancy offering. The firm has also recruited a new face to its regional Residential Development team, bringing in Nick Madden as an Associate, based in Stratford-upon-Avon. 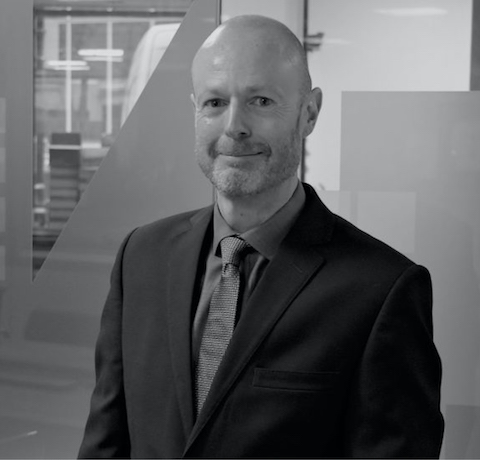 Marsh & Parsons has recruited a new Marketing Director, bringing in Justin Stanton to fill the shoes of Marcus Flacks – who recently jumped ship to Strutt & Parker. Stanton comes from a travel background, most recently as Sales & Marketing Director of holiday company Mark Warner. 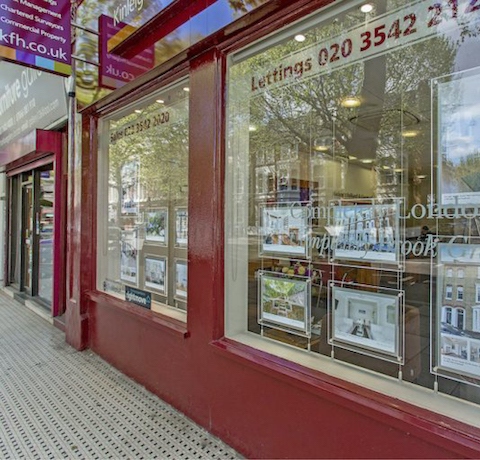 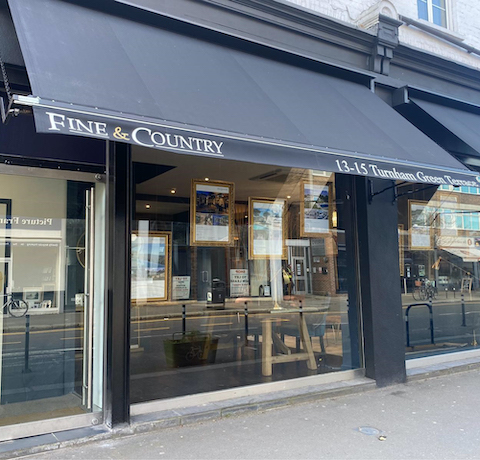 Fine & Country has opened a big new outpost in Turnham Green, with a focus on international properties as well as in the local West London neighbourhood. “The branch is set up to showcase the best properties from around the world, helping residents in West London make their luxury home moving journey a reality,” says Managing Director Ben Madden – who is also a Director of Thorgills estate agency, which he founded in 2008. 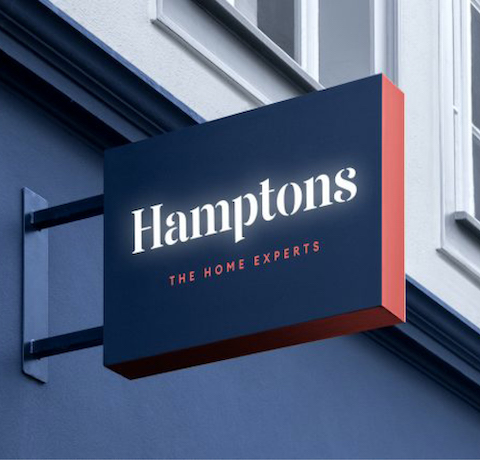 North London new-build agency Lanes New Homes has been renamed Hamptons, taking on the upper-end estate agency brand after a few years under Countrywide (now Connells) ownership. As a Hamptons, LNH is having its range of services expanded to include residential sales and lettings. The existing Residential Development teams will remain, now joined by sales and lettings operations in Hertford and Enfield. The Hertford teams will relocate to new digs in the town centre later this year. 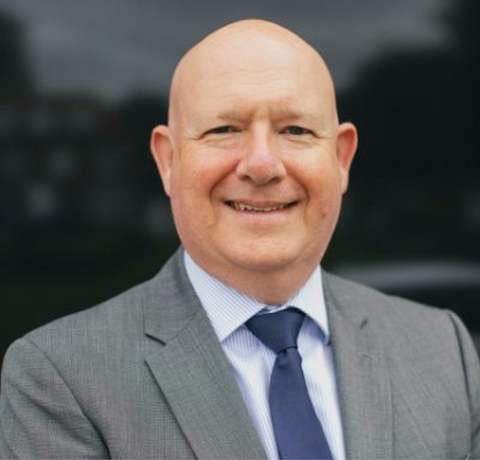 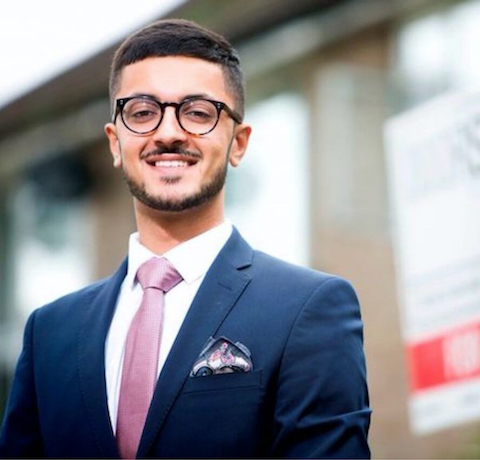 The young founder of online estate agency Doorsteps, Akshay Ruparelia, has resigned as CEO. “My fellow director and I do not share the same strategic vision for the company’s growth,” he says, “and I have therefore taken the decision to move onto new ventures."

Lomond Group has snapped up another estate agency on the South Coast, buying seven-branch firm Michael Jones & Co in Sussex. MJ&C joins Lomond-owned rival Brand Vaughan to create a significant presence in the area, covering markets including Brighton and Hove, and Worthing. The plan is for Michael Jones and Brand Vaughan to each retain their own brands, branches and teams. “All staff are being retained in their current roles,” confirms MJ. 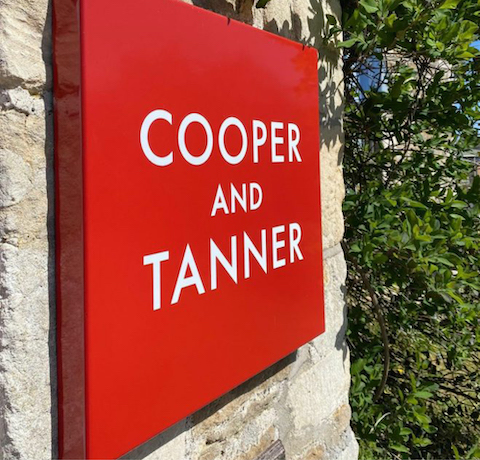 West Country estate agency Cooper and Tanner has acquired Wells-based independent firm Jill Meadows Lettings, and plans to open a new lettings branch in the Somerset city, to run alongside the existing sales office. Jean Moakes will be leading the new C&T office in the UK’s smallest city, located just off Sadler Street. Jill Meadows will stay on as a consultant during a handover period. One other member of the JML team will join Cooper and Tanner, while a second is “seeking opportunities elsewhere”. 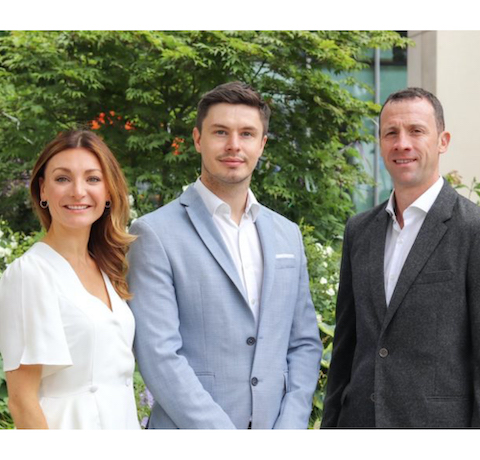 CBRE has hired former JLL director Kieran McLaughlin to lead its resi land and development team in the north of England. In his new role, he’ll be working with associate director Jessica Coombes and surveyor Ashley Anderson, and helping the firm to build its resi offering. 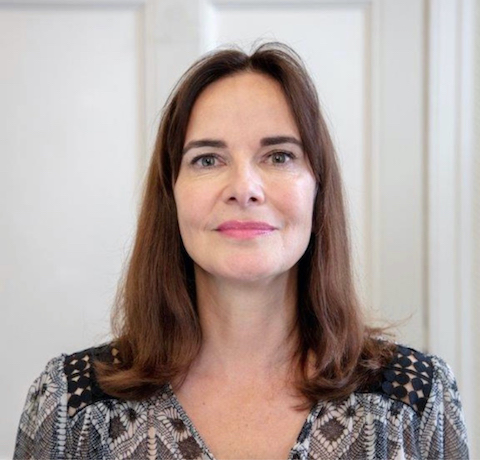 The Earls Court Development Company has recruited Sarah Gaventa as Creative Director, Georgina Scott as Finance & Commercial Director, and Andy Chorley as Director of Project Management & Operations. Gaventa was previously director of the Illuminated River Foundation, and also ran placemaking and public art consultancy Made Public, was the director of CABE Space, the UK Government’s advisor on public space. 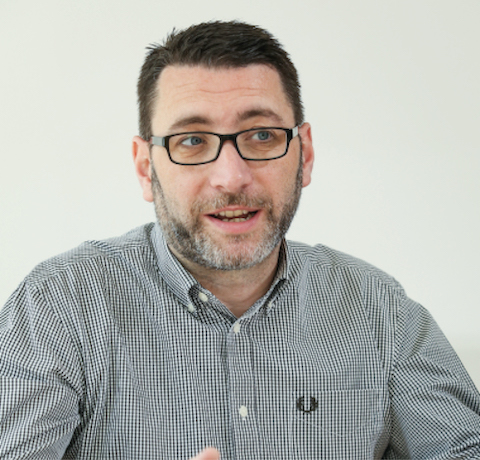 Modulous, a UK-based construction “scale up” company, has recruited Canary Wharf Group’s former Head of Design Chris Hartiss as Design Director, and ex-UBS and Bank of America exec Correy Voo as Chief Technology Officer. Hartiss, who previously worked at Squire and Partners, has worked on some major super-prime developments in his time, including Chelsea Barracks and One Tower Bridge. 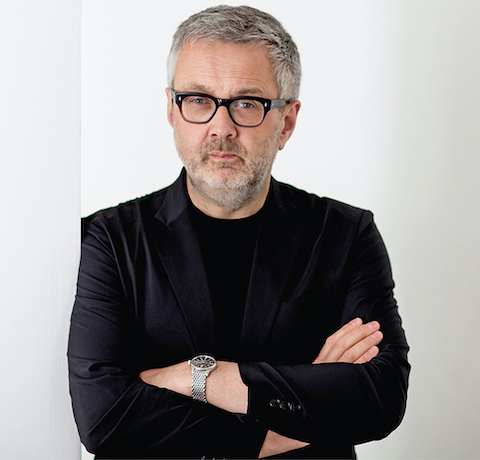 The President of the Royal Institute of British Architects, Alan Jones, has resigned from the Institute’s Board, apparently driven by the Board’s decision to renew Chief Executive Alan Vallance’s contract for another five years. Jones, who was due to hand over the reins to AHMM director Simon Allford in September anyway, will continue as President until then, but has stepped down from the Board with immediate effect. 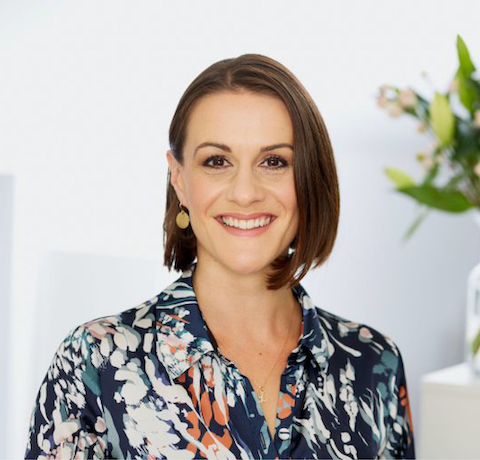 The British Institute of Interior Design has installed Lindsey Rendall as its new President for 2021-22. Rendall, who takes over from Lester Bennett, spent the early part of her career working for Designers Guild, before joining south London-based practice Cameron Broom. She went on to set up Rendall & Wright with Helen Wright in 2006. 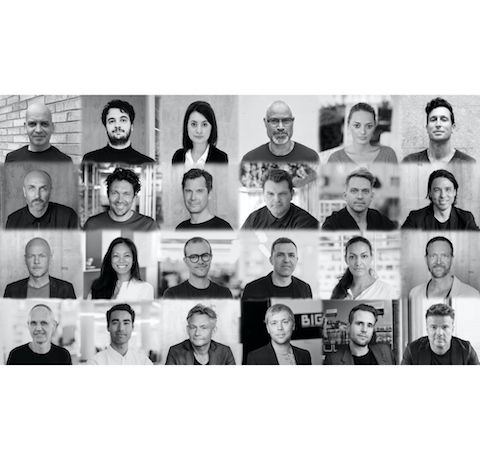 Architecture and design firm Bjarke Ingels Group (aka BIG) has made some sizeable changes to its team of “BIGsters”, creating seven new partners, 33 new Associates, and one new Director. The seven new partners join an existing top table of 17. Three are in charge of global Landscape, Product Design, and Communications operations; two are based in London, and one each in Barcelona and New York. 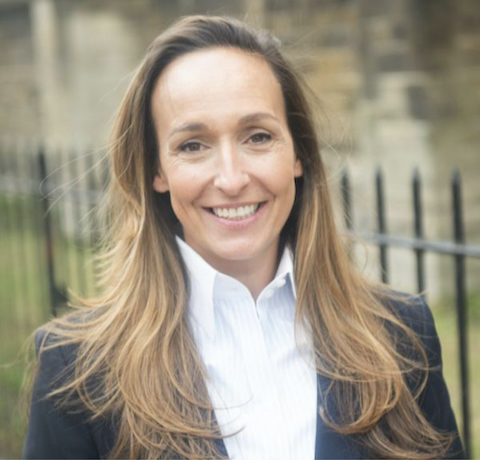