Commenting on the analysis, Marcus Dixon, head of research at LonRes said:

“In November when the December general election was called, there were fears that prospective buyers would put their move on hold until a result had been declared.  Instead they chose to purchase and transaction volumes in prime central London (PCL) rose 34% over Q4 2019 compared with the same period a year earlier.

“This was in contrast to the previous quarter (Q3 2019) when talk of changes to top end stamp duty rates resulted in fewer sales and buyers dragged out exchanges waiting for greater clarity.  In the fourth quarter stamp duty appeared to drop off the political agenda and activity increased.  Sales at £5 million or more increased by 78% on Q4 2018.  This was the highest number of sales recorded in this price bracket for any quarter since Q4 2016.

“Undoubtedly there were sales in Q4 that would have ordinarily gone through in Q3, yet comparing the second half of 2019 with 2018 still shows a 19% increase in sales volumes.

“Alongside an increase in transactions, fewer properties came to the market this quarter.  New instructions were down 2% on Q4 2018 and were 36% lower than five years ago.  This means there are 19% fewer homes on the market now than there were a year ago.

“Fewer properties, with sustained levels of demand helped push up average prices which increased by 2.4% across prime central London in Q4 2019 compared with the last three months of 2018.  This represented the first annual increase for six quarters. 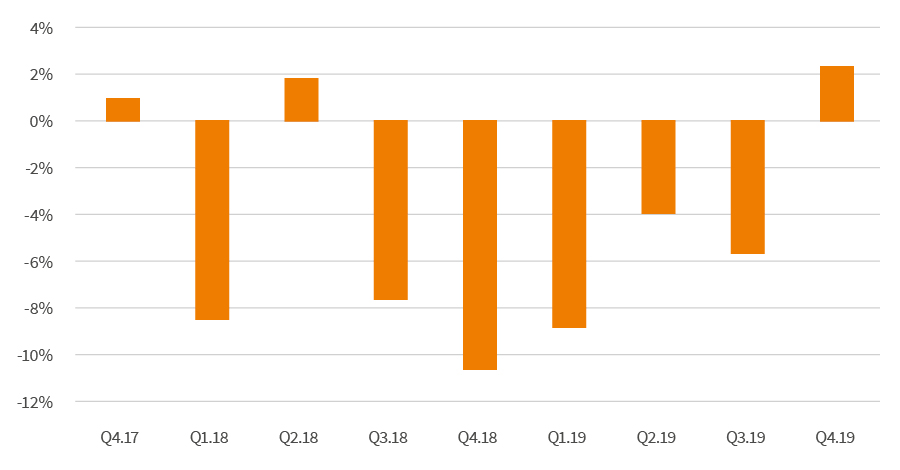 Transaction volumes in PCL rose again in Q4 2019, the third consecutive quarterly increase (compared to the same quarter a year earlier) with a 34% increase in the numbers of properties sold.  Full year figures show transactions rose 15% in 2019 compared with 2018.

£5 million+
Activity levels in the £5 million+ market rose 78% in Q4 2019 compared with the same period a year ago, the highest increase of any price bracket in prime central London.  This followed a slow third quarter, when volumes over £5 million fell by 33% on the same period a year earlier as buyers held off (due in part to potential changes to stamp duty rates mooted by government in the summer).  An increase in activity was not matched by rising prices, with buyers paying on average 4.5% less per square foot than in Q4 2018. 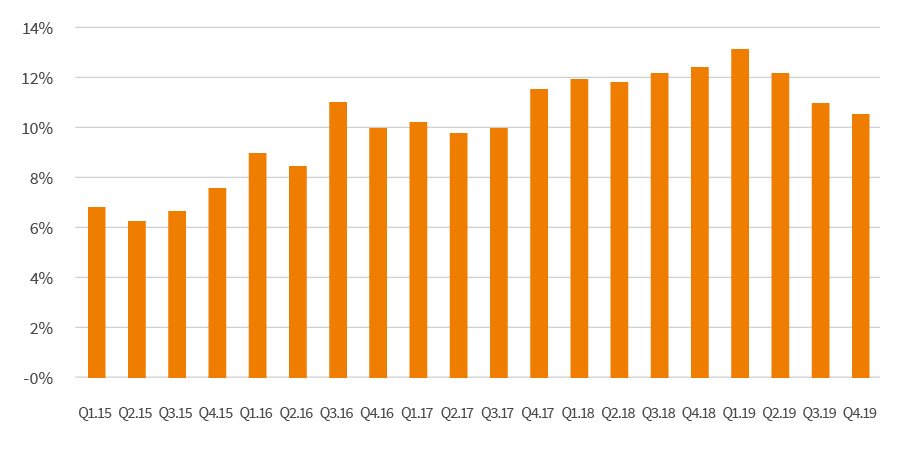 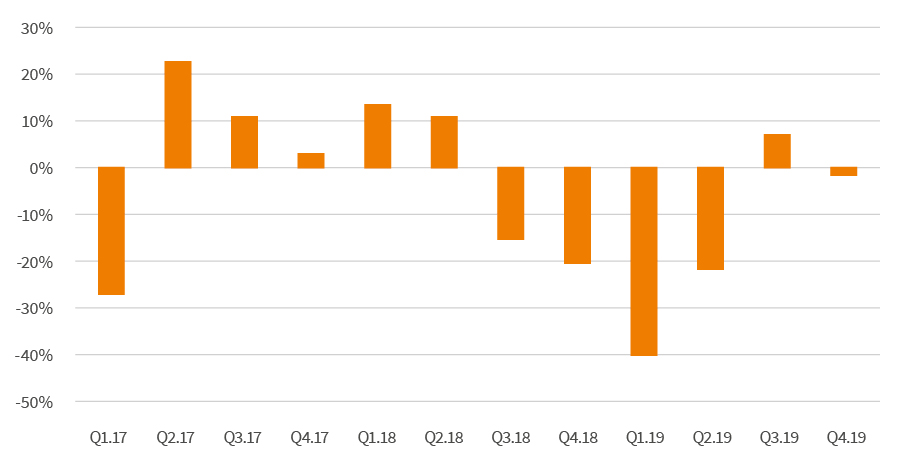 An independent, privately-owned company, LonRes was established in 2000 as a subscription business-to-business data platform designed specifically to meet the needs of property professionals.  Today some 6,000 residential property professionals working across prime London subscribe to what is widely regarded as the definitive database on the prime London sales and lettings market.  LonRes tracks the prime London sales market in real-time, taking in sold prices and price movements - including price adjustments - and time on the market.  LonRes has an unrivalled sales archive which dates back to 1979.  LonRes lettings data, also in real-time, records – among other things - asking prices, price let and price adjustments.  The LonRes lettings database dates back to 2004.  LonRes has now extended its proposition beyond prime London to the country with its ResCountry service.