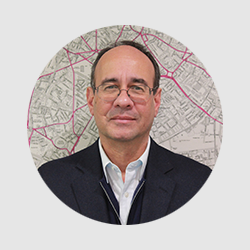 If I look back at my notes from the Bank of England (BoE) briefing in February, the only common statistic is the Monetary Policy Committees’ (MPC) infatuation with returning inflation to 2%. To remind you inflation currently stands at 7% and by the Bank’s own admission is likely to exceed 10% by the final quarter of 2022. In the real world inflation is running at 10% right now.

I am not an economist, but I am surprised at how slowly the Committee has reacted to inflation and world events. Remember the MPC’s primary role is to keep inflation low and stable in order to support growth and jobs. To me, it seems the data they are using to inform their decision making is simply too old – by at least three months or more. Anybody remotely interested in the UK economy could see that inflation was going to be an issue even a year ago.

Last year, when the Bank was aware of inflation issues, they did nothing until December, when interest rates were finally raised from 0.10% to 0.25%. Since then, there have been three consecutive 25 basis point rises taking rates to 1.0% - the highest level since February 2009.

Whilst reducing interest rates at the time of the financial crisis was prudent, I do not understand why those interest rates were not increased afterwards. We have generations of people who now have an expectancy of low interest rates - this is especially true of those with a mortgage. Keeping rates artificially low for all this time only compounds the current economic shock.

The Bank’s current view is that there are dangers to making ‘bold moves’ and that they are treading a ‘narrow path’ between damage to the economy, inflation and making big rate rises which would make monetary policy irrelevant. Their intention is to smooth out rate rises.

However, I suggest that the actions taken so far is simply making monetary policy irrelevant. And this is without taking into account the situation in the Ukraine, which the Bank failed to embrace early enough.

So, is there worse to come? In terms of inflation, I suggest it will reach between 13-14%, while the Bank believes the UK economy will stagnate later this year and shrink next. The biggest quarter-on- quarter contraction will be in Q4 this year, when the next retail rise in gas and electricity prices kick in in October.

Energy costs – together with imported goods - represent some of the biggest destabilisers to the economy. And by Q4 2022, it is predicted that households will spend 8% of their disposable income on energy.

One interesting comment from the last MPC briefing was that the big difference between the 1970s and now is that the BoE is independent and able to pursue an inflationary policy! I suggest that they are not in control of that policy if it exists at all. There is a ‘very large squeeze’ coming and one should not downplay the magnitude of that shock.

I rather feel that the housing market has been dismissed as - in the Bank’s words – ‘resilient of late’ and in any case they don’t forecast the market in a ‘detailed way’. Why ever not? Stamp duty receipts for 2021/22 were approximately £14.1bn, while property taxes account for approximately 4% of GDP (OBR Public Finances Databank). Some interest rate rises are now passing into the mortgage market and the effect of this will only be exacerbated as borrowers’ fixed rates expire and they look to re-mortgage.

Many of you will remember Black Friday in 1989 and it was probably the precursor to a sustained depression in the prime central London housing market, which began in 1990 and lasted (my memory!) to about Spring 1994. There was a dearth of buyers, and selling houses took an age. Sole agency period was six months. It does feel now that there are challenges ahead for the market – I cannot see it lasting as long as the 1990’s – but with high interest rates (relative to what many are used to), high inflation, the cost of the pandemic to be repaid, the war in Ukraine, and rising energy costs, we do need proactive measures now. What I have seen thus far are far from it.

Turning now to wage growth, this is currently over 5% according to the BoE but will fall back as the expectation is higher unemployment will ease that wage inflation. The restaurant industry disagree with the Bank’s 5% wage growth: they believe it to be nearer 10% at the moment.

There is a lot of bad news out there at the moment and the BoE has warned that more pain is to come. Whilst the property market has led by example throughout the pandemic and afterwards, it will not be immune from interest rate rises and inflation: a slow-down in transactions will come. I have seen it before.