#THECPRCUP who were the champions?

Which agency can call themselves London’s best football team? Scroll down to find out and view all pictures from the tournament. 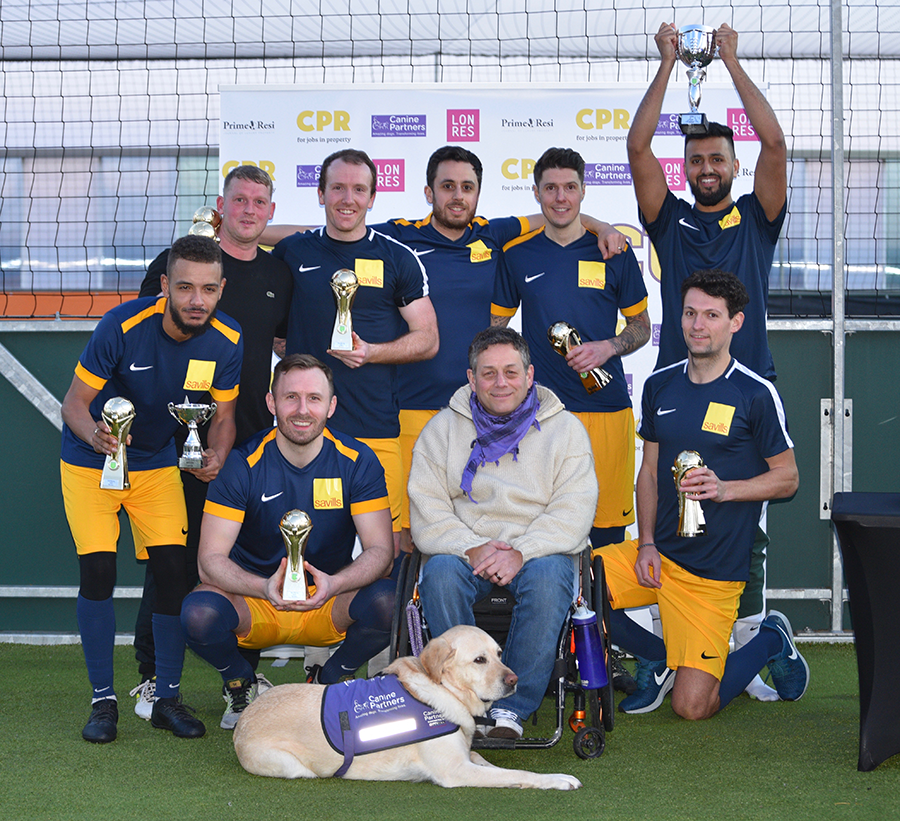 The stakes were high on Friday 22 February as eight London estate agency firms (all LonRes subscribers, naturally!) went head-to-head in a five-a-side charity tournament: The CPR Cup. Hosted by Collins Property Recruitment and supported by LonRes and PrimeResi, the tournament was in aid of Canine Partners, a national charity which trains assistance dogs to help disabled people.

After an afternoon of stiff competition, penalty shoot-out and keepy-uppy competitions, as well as meeting a few of the amazing dogs that transform the lives of people with a disability, an intense semi-final between Savills and Foxtons ensued. The final score was 10-6 to Savills.

The winning team, pictured above, said “Savills are extremely proud to be participating in this amazing event which is shedding such a positive light on the canine community. The Savills community are all dog lovers and are really excited to be a part of such a special event which will help and make a positive difference for so many people”.

HOW MUCH WAS RAISED?

An astounding £5,360 has been raised so far. This surpassed the £5,000 target which pays for a new dog to be trained with the charity. There is still time to show your support and donate – click here.

Without further ado, browse through all the photos from the day here and view all teams and players below.

THE TEAMS AND PLAYERS

A special thanks to all teams and players for your support and for making the event such a fun and successful day.